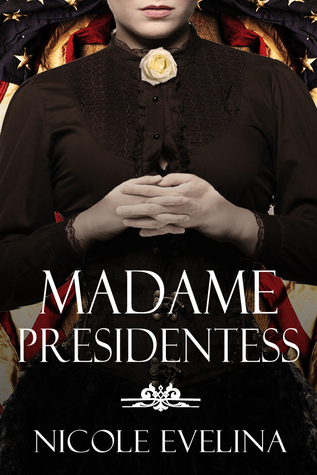 Victoria Woodhull was the first female to run for President of the US, back in 1872. She came from a poor family and abusive childhood where her father forced her to work at a young age and her mother was an alcoholic. Trying to get herself out of the situation, she married only to find her husband also abusive. Her spirits tell her she's destined for great things so she bears this marriage until she can divorce her husband and move on. Eventually she pulls her sister away from her parents and the two move to New York to act as spiritual guides for the rich in New York. One of their clients is Cornelius Vanderbilt.

Using Vanderbilt's connections, Victoria and her sister Tennie open up a brokerage in New York, becoming the first females on Wall Street. The two become incredibly rich and the family returns to try and beg for scraps. But Victoria is destined for even more. She believes in the rights for women to vote, and the right for couples to divorce if they no longer love each other. She wants to become president of the USA to bring these rights to the American people.

I'd never heard of Victoria Woodhull before. Susan B Anthony, yes, who is more famous for the women's right movement (and she was made to sound like quite a mean woman). But Victoria Woodhull was an important part of this movement, specifically with her try at the American Presidency. Her story is a fascinating one. She could commune with the spirits, made huge in-roads for the women's movement, and was ultimately destroyed by vanity and gossip.

Now for a bit of honesty. It wasn't until about half way through that I realized Victoria Woodhull was a real person. This reads like a completely fictional novel. I think this is because it feels like everything is over the top and very much dramatized. This treatment of the story got me really engaged. I was looking up Victoria Woodhull when I finished the book and if I didn't enjoy the novel I wouldn't be doing that!

First Line: "By the time I was three, I head learned to fear the dark - that was when Pa came home smelling of sharp, unpleasant odors and vented his day's worth of rage on us."

Thanks for being a part of the tour

I had not heard of this person either, so I'm definitely interested!