Ria is a doting, loving mother of two to Annie and Brian. Her husband, Danny, is charming and a powerful real estate agent. They live in their dream home on Tara Road in Dublin and have friends and family coming and going, constantly filling the home with love and noise. Ria loves her live until one day, everything comes crashing down around her. Her husband has been unfaithful and has gotten a younger girl pregnant and wants to make a life with her. Trying to escape her problems but still desperate for a reunion with her husband, Ria accepts a house exchange in the USA.

This is the first Maeve Binchy book that I've read and I'm surprised it made it to Oprah's Book List. The characters were interesting and the novel flows very well. I did have a few problems with this book though. I felt like the purpose of this book was to have Ria and Marilyn exchange homes to learn more about themselves. Marilyn isn't even introduced to the book until 1/2 way through. Less background on Ria and more on Marilyn would have made more sense.

The other major issue with this book is how the female characters let their male counterparts walk all over them. There's very little justice for most of them. I wanted to slap Ria a few times for how she felt and acted around Danny. This is part of what made me so surprised that this was an Oprah book club pick because she usually likes her women strong and to stand up when being treated like crap.

Stephanie Plum is a horrible bounty hunter. When sexy and mysterious Ranger asks her to help him out with a problem he's having with break ins of customers for his security firm, Stephanie knows it's too good to pass up. Especially since her and Morelli have had a huge argument and are no longer seeing each other. Stephanie starts to spy on Ranger's employees, thinking that one of them may have something to do with this since the robber knows the codes. Stephanie can't give up her day job though, and still has to find her skips, including the ancient old man who likes to flash to elderly ladies.

The end of this book, at the BBQ competition, almost had me laughing on the train. I would have been nice to know what happened with Lula and Tank. In the last book they were together and in this book it was no more. What a shame!

A frequent complaint I have about these books is that the mysteries are solved and then the books instantly end. It would be nice if there was a bit more closure on the books before they wrapped up.

First Line: "When I was a kid, I was afraid of spiders and vegetables." 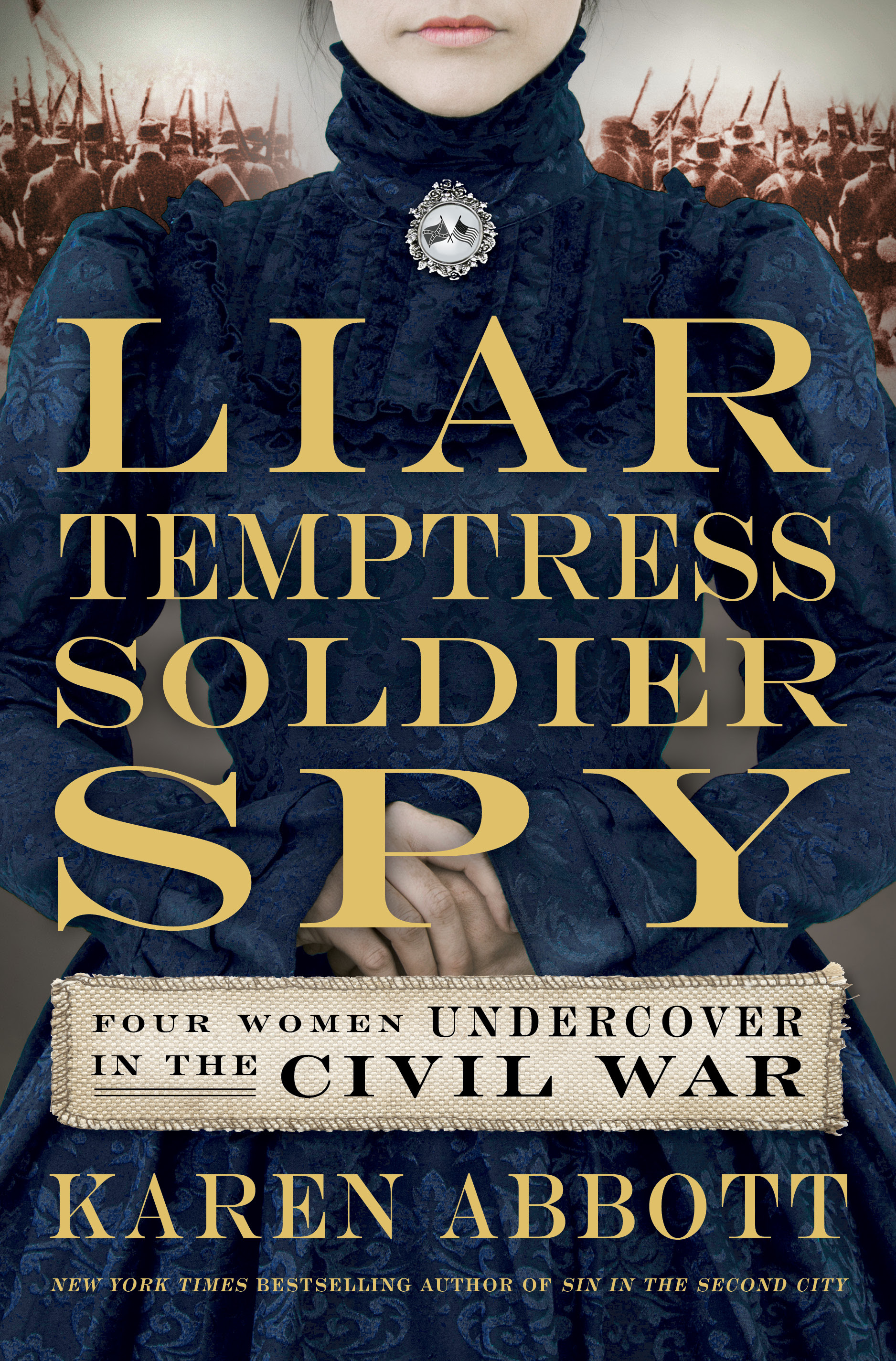 Four ladies of the Civil War show their cunning nature and intelligence by spying and deceiving those against their cause. This book focuses on four ladies:

- Belle Boyd, a 17-year old charmer who shoots a Union soldier in her home then becomes a spy for the Confederate army. She gets her information by using her charm.
- Elizabeth Van Lew living in Richmond, Virginia, leading a spy ring. She had ciphers and codes for sending all of her messages, under the noses of prominent Confederates.
- Emma Edmonds, a Canadian, enlisting as "Frank Thompson" as a Union private, fighting, nursing, and spying for her cause.
- Rose Greenhow, using her daughter little Rose to provide important information to the Confederates.


These women were incredibly brave and it's quite amazing that many years before women were even allowed to vote, these women were controlling so much information and changing the efforts of the war. I think it's natural to pull for some of these women more than others. Personally, I enjoyed Emma's story the best, and not only because she was Canadian but because she did so many things that one would never think at that time a woman could do! She was a soldier, she fought in the war, she nursed others back to health, she spied, she posed as a man who posed as a women, and she posed as a black man to gain information for her side.

I found that I had troubles keeping track of the four women in this book because of the way it was written. Abbott switched between the stories of the women multiple times within a chapter and I feel like it would have been easier and smoother had each chapter been dedicated to a single woman.

I also found that there were some pacing issues with this book. It was like a roller coaster ride where some parts were very interesting and others did nothing to move the story along.

Thank you to TLC Book Tours for letting me be a part of of this tour!

Stephanie Plum, bounty hunter from New Jersey, is back for the fourteenth installment of her series. This time she isn't doing as much bounty hunting as she is bodyguarding and babysitting. A famous singer is in town and Stephanie has been asked by Ranger to help with keeping her in line and on time. In her spare time she does look up one skip, Loretta, who asks Stephanie to take care of her teenage son while she's getting bonded out. This ends up lasting for much loner than expected and Stephanie has to live with a teenager in Morelli's house for quite a few days.

These books have become less about plot for me and more about how the characters interact with each other. These books still make me smile and are easy to plow through which I why I keep coming back to them. After I've read something heavy, these are a nice break.

First Line: "In my mind, my kitchen is filled with crackers and cheese, roast chicken leftovers, farm fresh eggs, and coffee beans ready to grind."