The second book in the Mitch Rapp series sees him actually out in the field. Rapp has been disposing of dangerous men in a network of arms dealing and terrorists. To date, he hasn't had an issue with any of his hits, which is unusual. The team wonders when he's going to make his first mistake. That happens in Paris, where he is ambushed with a team of men that come in to the hotel room spraying bullets. Rapp manages to escape but was shot in his shoulder. He thinks he was set up by someone on the inside and doesn't know who to trust.

The first book in the series focuses on Rapp's training and wasn't the best thriller I've read. This one is much better, as Rapp is out in the field and solving problems on the go. With about 50 pages left in the book, I was starting to wonder how they were going to wrap up all the loose ends but they did a good job of doing it quickly without glossing over any details.

I'm looking forward to the next in the series!

First Line: "The man flew through the air, propelled by one of the other recruits." 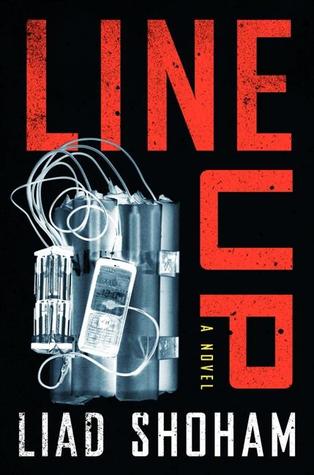 A girl is assaulted and raped in a good Tel Aviv neighbourhood and at first she doesn't want to tell police. Her father forces her to report the crime, resulting in not much evidence since time has passed. The girl's father watches over her apartment every night and a few nights after the rape, notices a suspicious person. He follows this man home and reports him to the police. The father tells his daughter he has found the rapist and when the police bring him in, a faulty line up is performed even though the father has polluted his daughter's mind to think this is her rapist.

The man brought in is Ziv Nevo and is definitely guilty of something. Detective Eli Nahum is desperate to make the rape charge stick. Everyone does the absolute worst thing they possibly could, resulting in a massive mistake with rather tragic consequences.

The book starts off strong, though there are a few characters that all have similar last names making things a tad confusing. However it fizzles out by about 2/3rd the way through. The characters weren't enough to grab you and by the end of the book I didn't really care who the real rapist was.

First Line: "Sarah Glazer raised her binoculars to her eyes and followed the movements of the young man and his dog walking down the street."

The Alice Network by Kate Quinn

When Charlotte (Charlie) St. Cloud arrives in Europe with her mom in 1947, the only thing on her mom's mind is an abortion for her daughter. Charlie has a different agenda. Her best friend and cousin went missing during World War II and Charlie is convinced she is still alive even though no one has heard from her. She started tracking her cousin down while in New York and was given one name: Evelyn Gardiner. Charlie abandons her mother and shows up on Eve's door, who is blind drunk and threatens to shoot Charlie. Eve is dealing with her own demons.

As Eve learns that Charlie's cousin worked for the same restaurateur and profiteer that Eve did, she reluctantly agrees to help. We learn about Eve in WWI and how she was a spy in France, serving Germans at a local restaurant. Eve carries so much guilt and hatred with her and Charlie slowly starts to chip away to learn about Eve and what a hero she is.

The last female-driven war novel I read was The Nightingale, which I loved. This one has a different tone with post-war time mixed with WWI. The description of the spy network and the stress involved with running and participating in such an operation was very interesting, especially from the female perspective. This is definitely the strength of this book.

Charlie and her romance was the weakest part of this book. She could be a little whiny and annoying at times and the romance was completely predictable, and way too easy to help her get out of the predicament she was in with being an unwed future mother in the 40s.

Overall a pretty good book, but I would still put The Nightingale ahead of this one.

The Girl Who Kicked The Hornet's Nest by Stieg Larsson

In the third and final book of the Girl with the Dragon Tattoo trilogy. We are wrapping up the Lisbeth Salander story. She was last shot and left for dead, but Mikael Blomkvist found her and got an ambulance called. Salander has a bullet in her head but it's operable and the doctors think they can save her. Even if she's saved though, the police still plan to prosecute her for a variety of charges. It's all a smear job and Blomkvist thinks he can help her save herself.

It has been a while since I read the first two books in the series so I was worried I would have forgotten too much to have this make any sense. The book does a good job of reminding what happened where the last book left off though, so I wasn't feeling lost. It revolves completely around Lisbeth's upcoming trial and attempting to save herself. Overall it seemed like a long book where not a whole heck of a lot happened (like why did Erika leave the paper and come back? How did that really drive the story forward?), but it was still interesting. I'm glad to be done the series but not sure I'll continue on with the other similar books.

First Line: @Dr. Jonasson was woken by a nurse five minutes before the helicopter was expected to land."